There is nothing that appeals to me about Black Friday. With a belly full of turkey hangover I'd rather burrow deeper into my winter covers than fight the throngs of shrieking shoppers ready to duel over a plastic made-in-China party tray at some horrifically early hour. But, there is one exception to the shopping mayhem that conjours visions of rosy red cheeks on friends and family, delicious morsels to munch and heavenly rows of locally handmade crafts as far as the eye can see. The greenbacks in my wallet will happily dance their way out to be exchanged for goods at Juneau's annual Public Market.
As a crafter, if you're not selling at the Market, you're attending. Since 1983 this crafter's paradise has been held the Friday, Saturday and Sunday after Thanskgiving at Centennial Hall without fail. Peter Metcalfe, founder and current go-to guy for the Market recalls the impetus for the fair.
"I had long admired the Pike Place Market (aka, the Public Market) in Seattle," he said. "We mailed invitations to business license holders in the Juneau area, got an overwhelming response, and were off and running."

From 85 vendors in the first year to around 175 expected this season the market has grown to overtake both the entirety of Centennial Hall and its neighbor the JACC.

Vendors like Rebecca Poulson, a printmaker who creates The Outer Coast wall calendar, return year after year for the personal experience. "There is nothing like selling your things to someone face to face," she said. "Art is all about communicating something you can't express in any other way, and it is always wonderful to connect to someone who 'gets' the thrill of old boats or a beautiful muskeg plant, and I get ideas too from people and their response to what I've made."

Seriously, read more after the jump »
Posted by Alaska Crafter at 2:04 PM No comments:

I have a couple of questions: What is the best clay that you prefer for sculpting? How do you get it to harden? Does super glue work well with this or any other clay? What paint do you prefer for the clay? Thank you for reading. - Curious About Clay

Well, Curious, thank you for reading! For at-home sculpting projects like scale model-building or button-making I get crafty with polymer clays. There are several brands on the market, but the two I am most familiar with are Fimo and Sculpey. Working on a flat clean surface, like a piece of plexiglass, you can knead the clay to warm it up. Then you're ready to roll, shape, cut or mold the material however you'd like.

Once you like the look, pop it into your conventional oven and bake it according to the directions on the package. It usually only takes a few minutes, but it does have a bit of a plastic-y smell. The sculpture will harden as it cools and if you undercook it, it will come out slightly flexible, so it may take a bit to get the hang of the timing. After cooling, carve, drill or sand the final piece (sand underwater to avoid dust particles) and paint it as well. Acrylic paints and craft paints work best, and are generally less toxic.

For gluing hardened clays together use a Cyanoacrylate glue (a.k.a. CA or superglue). You only need a few drops of this super-stuff to bond clay, and it's quick, but make sure to insert a t-pin into the tip to prevent the bottle from clogging.

I am in the process of cleaning my storage unit, and I'm a pack rat. ... I keep a lot of things that could be useful, like ribbons, strawberry baskets, lapel pins, etc. ... I always have it in my head that I would do a craft, but I never do ... I was wondering, is there a place where I could take my stuff so that crafty people could put it to good use? Also, can you think of anyone who would accept clothing that maybe people wouldn't really wear (socks, underwear, and well, horribly unstylish clothing) and turn them into something useful...(Sewing circles, quilting groups, etc?)...Any suggestions would be appreciated! - Clean and Crafty

Seriously, read more after the jump »
Posted by Alaska Crafter at 11:05 AM No comments:

Alaskans are crazy popular. Why else would people fly thousands of miles to trudge through rain, sleet, and snow just to visit us? Head to the lower 48 for a day and you'll find yourself inundated with self-imposed invitations from family, friends, acquaintances, and even random strangers that want to come meet us in all our Alaskan glory. And once the summer slew dies down, it's time to prep for the holiday visitors and winter arrivals.

Between the last days of fall and the first days of winter comes a little window for us to reflect upon our place in the grander scheme, and ready ourselves (and our home) for the next onslaught. I've gathered a few crafty ways to prepare your winter getaway for guests, and score a few more of those sought-after popularity points.

Seriously, read more after the jump »
Posted by Alaska Crafter at 4:53 PM No comments: 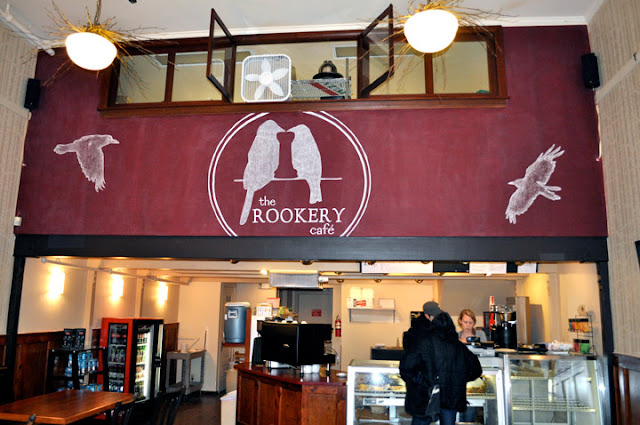 Recently I got a text message from a very good friend which read something like this:


Bought Valentine's Cafe, can you redesign it?

It's not every day that a cafe with amazing bones gets to be my design playland.  Ok, it's not any day, so I was super-stoked to jump on board.  I'll write a more detailed post on the re-design process soon, but right now I just wanted to say if you live in Juneau, please get your booty down there and check it out!!  I mean I'm super-proud of the design, but the food is delish (try the chicken pesto calzone made by co-owner Jason) and the coffee amazing (Travis, other co-owner is more at coffee having traveled the world stalking down the best beans).  They're downtown next to Shoefly at 111 Seward Street.  The rename of the cafe is the Rookery (aka, a gathering place for birds or sea lions, or in our case hungry, thirsty peoples). 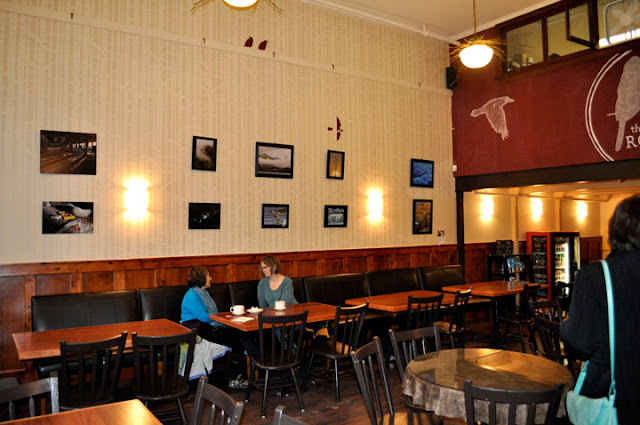 Well, for all the advice I doled out for what to be for halloween, Cap'n and I left ours until Friday afternoon, yup- ridiculous.  Thank goodness for the Salvation Army! 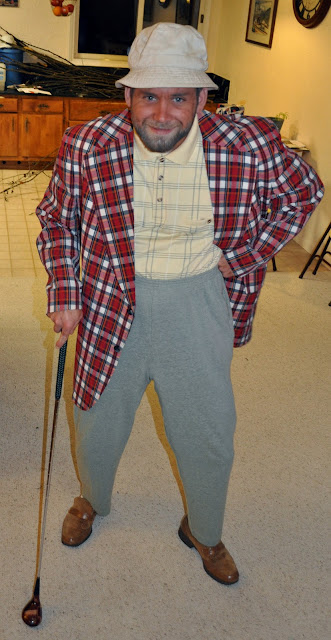 After scoping the scene Cap'n found this random jacket and everything came together around it's plaidness.  As a couple of hot retirees, aka "snow birds" around here, we like to move south to the sunny land for the winter.  Can you tell from our fabulous tan?? HAhah! 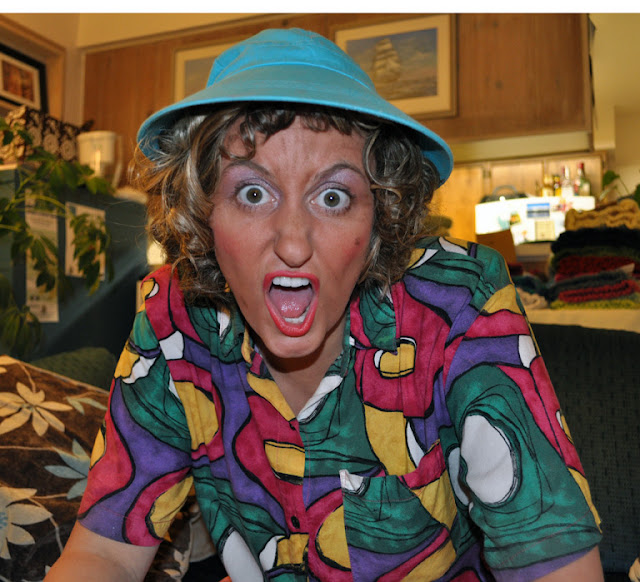 I never knew I could be this scary!!!! Hahahha- hope this little peek helps you realize that even the crafty throw it together at the last minute.  The most amazing costume we saw throughout the evening was the Edward Scissorhands costume made by a fab friend- wowza, apparently that is what comes with preparation.  Maybe next year . . .
Posted by Alaska Crafter at 9:55 AM 1 comment: