A journey into stop-motion animation with "The Making of Fantastic Mr. Fox"
and local crafter Nobu Koch's "Hippo's Party" 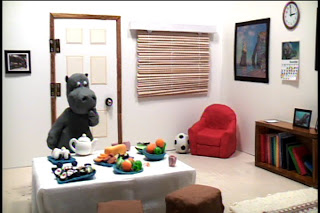 What is it about a puff of cotton floating jerkily across a screen that makes us nostalgic for sunny summer days and white fluffy clouds? At its base essence stop-motion animation is simply a series of photos strung together to create movement. But what is created when flashes of cotton weave themselves into clouds is something beyond simple movement-it becomes magic. 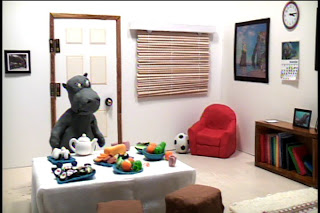 Images from Nobu Koch's short film "Hippo's Party"
The craft it takes to create an entire movie from still frames involves patience, precision and inspiration. The latest film by Wes Anderson, "Fantastic Mr. Fox," based on the original children's book of the same name by Roald Dahl, is a perfect example of such precision and inspiration. For the crafter-at-heart, the book "The Making of Fantastic Mr. Fox" peels back some of the magic to expose the inner workings of the team of artisans that crafted this work.


At first glance "The Making of Fantastic Mr. Fox" is a visual delight for anyone interested in the evolution of the creation of life. From Wes Anderson's personal stick-figured notes, to elaborate illustrations of each facial expression, to the final puppets themselves, the evolution is laid bare in neat little leaps and bounds.

In addition to the detailed views of progression there is a running commentary of interviews with Wes Anderson (director), Jason Schwartzman (actor), and even Liccy Dahl, Roald Dahl's (original author) widow. The most magical moments of the book live in the thoughts of director, actor, and widow and in the grace and stillness of a little furry fox enrobed in cellophane, waiting to go onstage and come to life.

"The Making of Fantastic Mr. Fox" whets the appetite to learn more about the actual process it takes to create each puppet, each scaled set of scenery, and each lifted eyebrow. Luckily local student filmmaker Nobu Koch was willing to divulge some of the secrets of the process. Should you be inspired to create your own short film, know that it takes a lot of time. To create a 2-minute film Koch worked as writer, director, puppet crafter, set, light and costume designer, production crew, post-production, editor and at times musician for an entire month. Her short film, "Hippo's Party" was viewed locally at the Juneau Underground Motion Picture (or JUMP) Society. 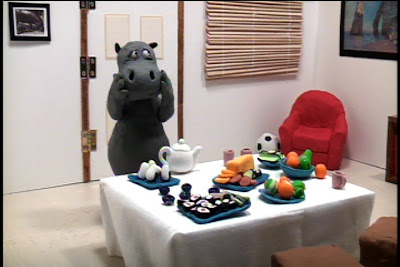 When creating Hippo, Koch used modeling clay construction. She began with a wire armature and added hips and arms formed from epoxy putty for rigidity. The form was then dipped in heated beeswax to condition the surface for the clay "skin." The oil-based clay is continually worked and reconditioned as the figure moves and the facial expressions change. Tiny eyes, tail and ears were developed from polymer clay (a modeling clay that hardens when baked).
"You definitely need extras of the solid pieces so you don't have to stop in the middle of recording to go bake a new tail," Koch laughs.

For Koch the most arduous task was crafting Hippo's house. From tiny sushi rolls to miniature curtains and even scaled door hinges, the set for "Hippo" is detailed to the last. After noting the hours and days that Koch set into "Hippo," one can only imagine the manpower behind the imagery created in "The Making of Fantastic Mr. Fox." 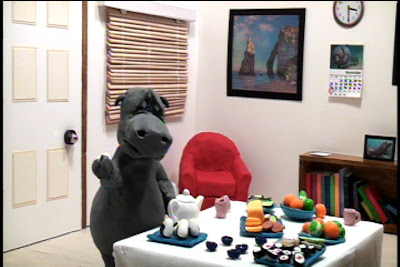 What would possibly subject a crafter to such complicated, time-consuming work? That magic moment when life is created by the stringing together of images. In the words of the director Wes Anderson, "That magical effect where you can see how it is accomplished-where at one and the same time you are enchanted by the trip to the effect and by the story itself."

Article first published here at the Capital City Weekly . . .
Posted by Alaska Crafter at 8:22 AM