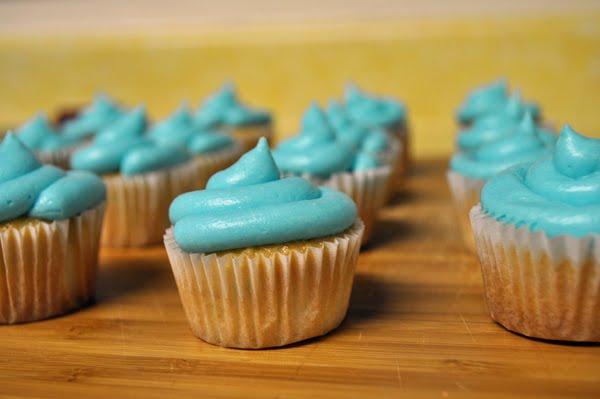 This weekend we rocked the Super Mario-themed party of our friend Christy's little son D.  He turned one!!!  It was a fantastic time with coloring, mustaches and lots of cake!  Cupcakes, actually, and a beautiful centerpiece cake done by Sarah who is actually a pastry chef (wowza!). 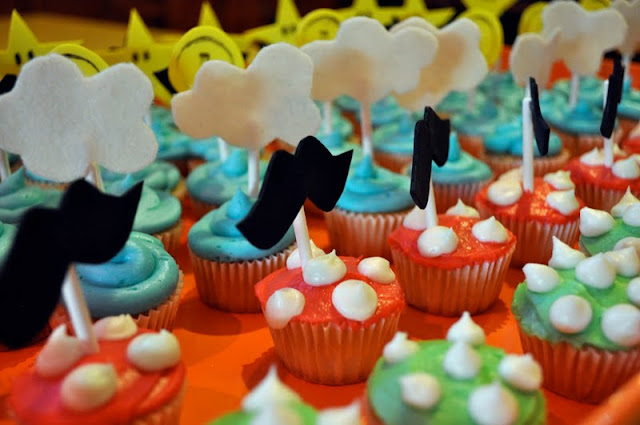 Check out more of my cakes and my frosting fix tips after the jump! 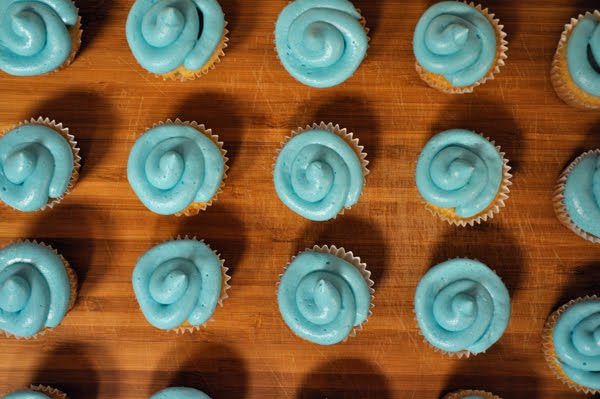 First of all, I made mini cupcakes and I have to say they are perfect for a tiny kids party.  Super bite-sized with the right amount of frosting per bite make them delish.  BUT, you def. need to buy like five mini cupcake trays because one box of cake mix makes more than 70 minis!  That means you'll be pouring cakes and baking FOREVER unless you get at least two trays (5 would be better, but who has the money for that?). 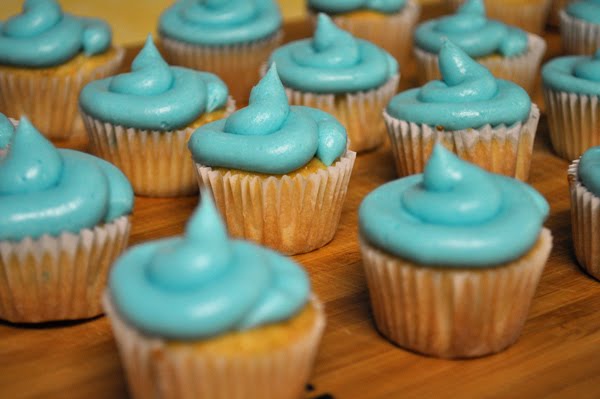 Anyhow, my plan was to whip up sky-blue cupcakes that are like a background and then put little mustaches, stars, coins, and clouds as toppers.  We cut those out of foam sheets and glued them to lollipop sticks that we snipped in half (or should I say Cap'n snipped them because I am a wuss). 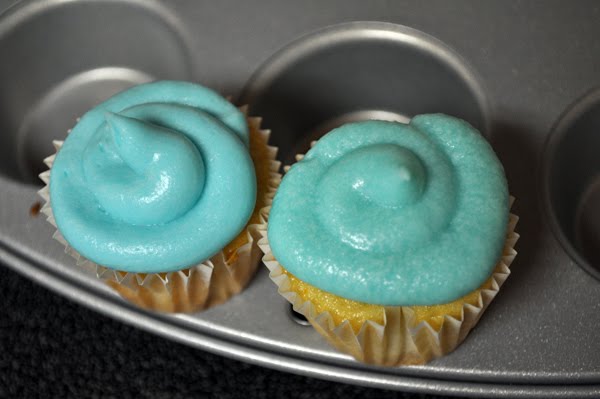 I made the frosting and cupcakes the night before the party and then frosted them the day of.  When I pulled the frosting out and piped it on it came out grainy and melty looking (see above right).  I wasn't sure what to do but I guessed at adding more confectioner's sugar (which is really just powdered sugar, but we have to have big other names for everything to confuse me).  It really worked. Not only did it stiffen the frosting, it also made a clearer blue - I think it was getting slightly discolored greenish from the yellow in the butter. 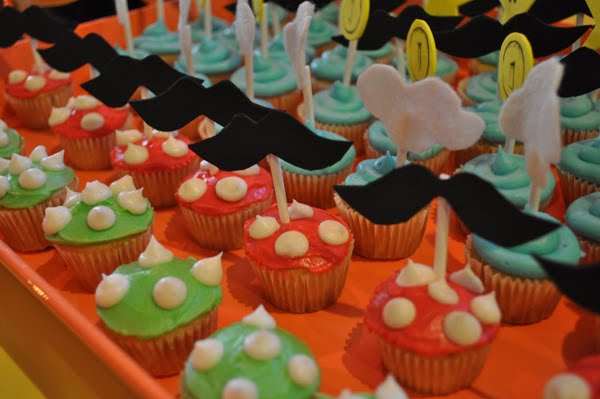 And then it was so fun we made mushrooms and turtles too.  The best part of the whole thing was watching D try to eat the cakes in one bite.  ADORABLE!
Posted by Alaska Crafter at 8:35 PM