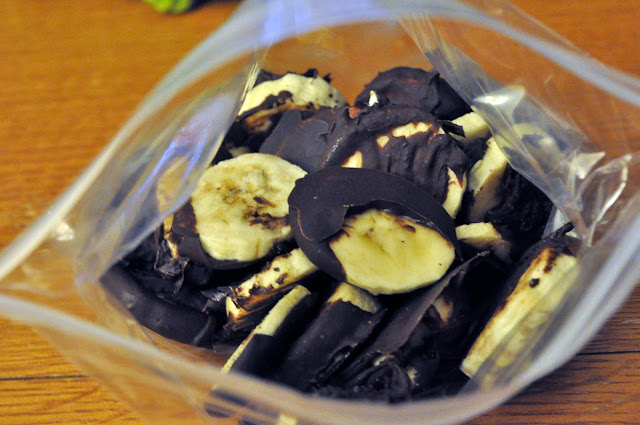 Like potato chips dipped in chocolate, except replace the potato with banana, and they're frozen.
Okay, maybe more like chocolate covered ice cream balls, but better (cuz they're good for you)!
Cap'n and I are always looking for ways to satiate our sweet teeth, while maintaining some semblance of a waistline (HA!).  So we invented these delish banana chips last night- I'm sure they were invented pre-us, but we thought we were clever.  Here's how to make 'em (ps, am in a photography course at UAS so hopefully my pics will be improving- let's all cross our fingers!): 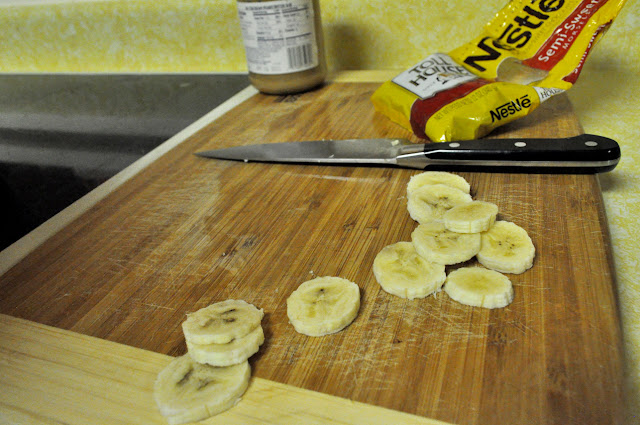 Start with a banana, a knife and some chocolate chips.  We thought about peanut butter too, but that seemed like another mess, so we decided we would try that another day. Melt your chocolate chips in a double boiler.  We don't actually have one so we use a metal bowl over a pot that is simmering water.  Make sure the bowl is super-dry. If it is even the tiniest bit wet it will ruin the chocolate. 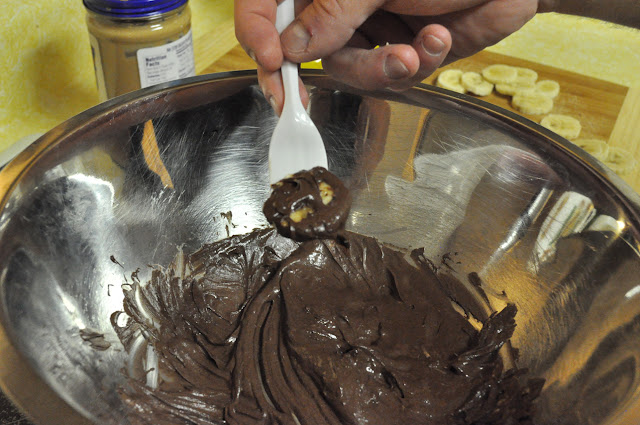 Pop your banana slices in the chocolate and then spring them onto a cookie sheet that has been graced with a sheet of wax paper.  Cap'n apparently doesn't like to get his hands gooey, but I just dunked 'em with my hand. 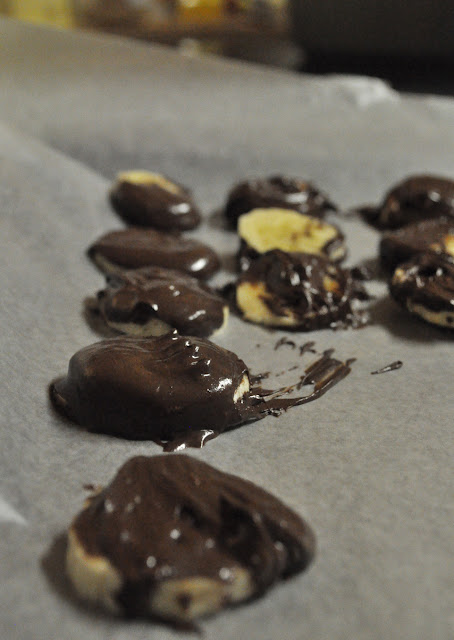 Now, they started out all smooth, but as some wetness from the banana pieces started to get left behind in the chocolate it began to get all gunky and chunky, but we were willing to eat it anyway. 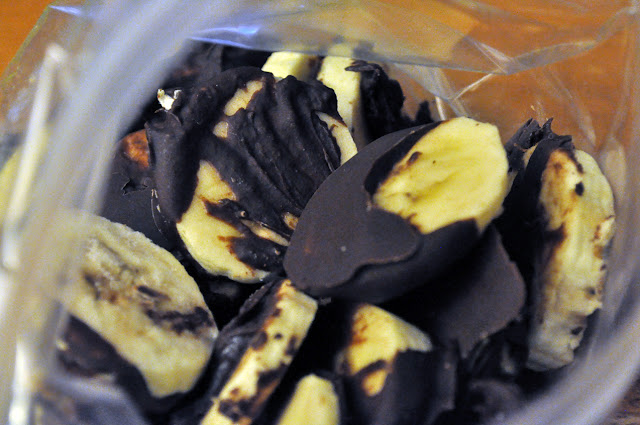 Pop the tray into the freezer for an hour and they will be all yummy and frozen.  We decided fatter chunks of banana would be better next time for the chocolate to banana ratio.  Then we threw them into a bag that sits in the freezer waiting for us to have a delish snack at any moment.  Like right now . . . see you later, I'm off to chocolate!
Posted by Alaska Crafter at 6:38 PM

Email ThisBlogThis!Share to TwitterShare to FacebookShare to Pinterest
Labels: cap'n, cooking, food, i want (to make) it, tutorial